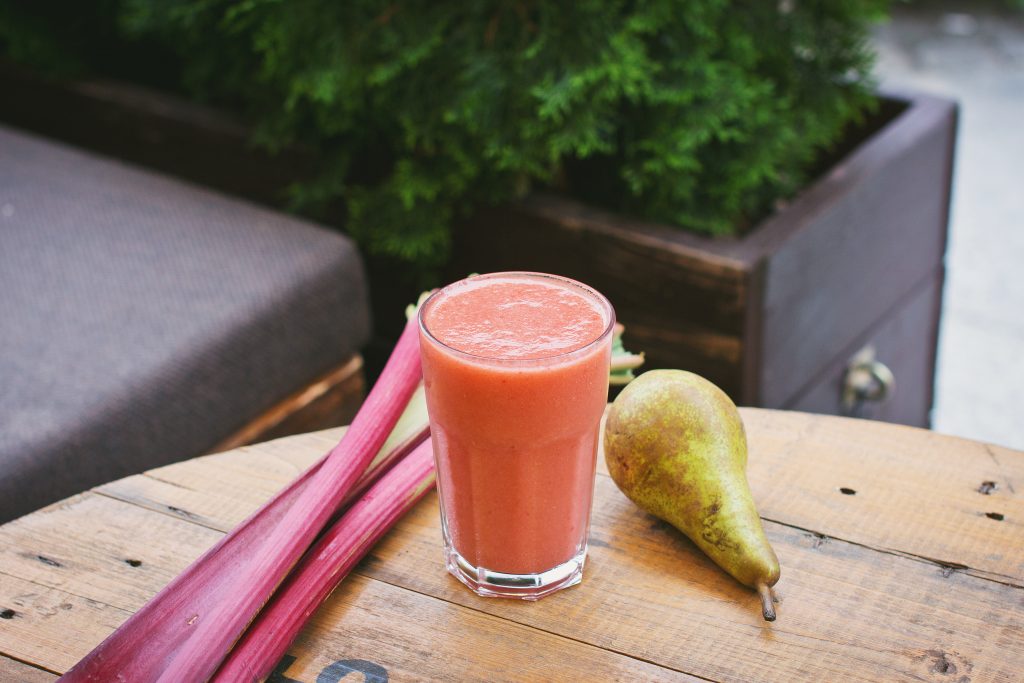 Juicing has really come full circle in the wellness space. When we first started hearing about juicing it was shown to be a miracle tool in your nutrition toolbox. I remember watching Jack LaLanne promoting his line of juicers when I was a kid and he definitely looked a whole lot fitter than most people his age. Not many people were juicing around this time yet but the ones who were sure did look lean and healthy.

Fast forward a decade or two, juice cleanses started becoming the trendiest thing one could do in the wellness community. All of a sudden juice bars like Juice Press, Jamba Juice and The Pressed Juicery were popping up everywhere and everyone seemed to be wanting to jump on the bandwagon. Not too long after we started hearing about cases where people were suffering major health issues due to being on juice fasts for too long and before we knew it juicing started to get a bad reputation.

Those against juicing claimed it was unhealthy because it stripped the produce of its fiber and if it included fruit it would raise your blood sugar and cause you to gain weight. Fortunately, we’ve been moving past all of these misconceptions in more recent times and people are starting to understand that while juicing isn’t a miracle solution to all of your health problems, it is very beneficial and one of the best ways to boost the body’s immune system when done appropriately. The key is to use it as a tool in an already healthy whole food diet.

Putting this diet (or lifestyle I should say) together will look different for each individual. While I love the wellness scene on social media, it can be a dangerous place when people blindly follow what others are recommending. Sure it’s great to take inspiration from others and try new diets on for size because of it, but we all really need to start becoming our own doctors. I firmly believe the future of health care is going to put a lot more ownership back onto us when it comes to maintaining our health and I think that’s a great thing.

You see, only you are receiving the cues from your body, nobody else. So it’s up to us to listen to those cues and make adjustments accordingly. In the case of juicing, I’m all for it. Juicing fruits and vegetables is one of the best ways to pump antioxidants into your body quickly with minimal effort required from the body to assimilate them because yes, the fiber has been stripped. It’s essentially like a blood transfusion of healing energy. And if you’re eating a whole food plant-based diet as I recommend, then you’re already eating plenty of fiber from your actual meals so you’re not missing out on anything.

If you’re coming into juicing while eating a standard American (SAD) diet then you probably aren’t getting enough fiber and should focus on eating more whole plants first. As for juice cleanses, I think they are fine for a few days as long as the individual doing the cleanse is healthy, excited about the cleanse, will make time to rest during the cleanse and come out of the cleanse eating a clean plant-based diet. If the individual is struggling with an illness or has ever suffered from an eating disorder then I wouldn’t recommend it unless it’s supervised by a qualified health practitioner or at a fasting center like True North.

At True North and other holistic health centers such as the Gerson Clinic and the Hippocrates Health Institute, physicians have actually been using freshly prepared juices to reverse diseases such as diabetes, heart disease, and even cancer for decades. This to me is enough evidence to place juicing in the health-promoting category. Because juicing helps to alkalize the body, when done for an extended period of time it will inherently kill disease as a disease can only survive in an acidic body. It is absolutely critical though that once food is reintroduced it is still plant-based and mostly raw especially in these scenarios as eating a poor diet will negate the health you’ve just acquired and cause digestive issues. You can think about it like your car for example. If you put optimal fuel in your vehicle it will run properly, then when your tank is empty again and if you choose to fuel it with something else like diesel which is not meant for the car, then the car will break down just like your body eventually will if you feed it what it’s not meant to be eating.

As for what to juice, I think it’s great to juice a variety of different fruits and vegetables. However, I do tend to favor my green juices though since they have been shown to aid the body in purifying itself more than others, probably because of the higher levels of chlorophyll. Green juices will also be lower in sugar if that is a concern of yours. Additionally, if you include sprouts in your green juice (broccoli, sunflower, cabbage, pea, wheatgrass, etc..) you will be ingesting getting protein from the amino acids they contain in addition to the vitamins, minerals and digestive enzymes.

Here is a recipe that will surely deliver on these nutrients:

The last point I want to make here is that when investing in a juicer make sure you get one that can process greens and one that is called a “slow juicer”. A slow juicer is also known as a masticating juicer as it simply crushes the produce slowly to excrete the juices without generating heat. Centrifugal juicers, otherwise known as “fast juicers” generate a lot of heat with their powerful force that is exerted onto the produce items which kills many of the antioxidants through oxidation. For this reason, I would also steer clear of using blenders for juicing purposes unless they are vacuum blenders. Fortunately, there are many great options available now for current and new juice enthusiasts to try.